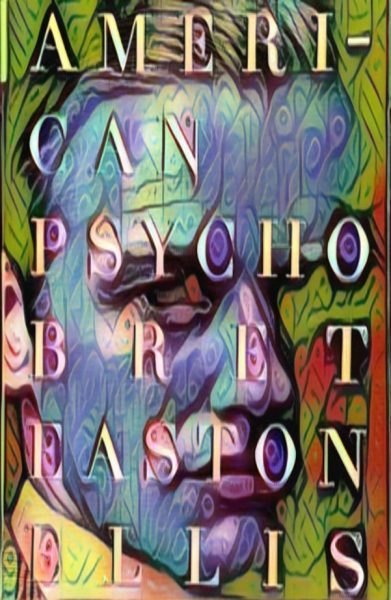 I had a great NaNoWriMo and completed a rough draft of what I’m dubbing a crypto-drama. It’s a rug pull within a rug pull, a book that repeatedly subverts itself.

I had two primary goals going into this project:

I listened to the audiobook for Bret Easton Ellis’ American Psycho many years ago. Most people think of the movie starring Christian Bale, but the book is darker and less cut and dry.

I loathe and love this book equally. I think of it often. I never want to read it again. The way it exposed the blood and guts reality of the late 1980s Wall Street capitalism was innovative. The reader is never sure whether the extreme violence is literal or a metaphor. Both interpretations work. It’s a disgusting book, much like muckraking journalism (The Jungle comes to mind.) It’s one of those books you don’t want other people to know you read.

Years ago, I worked an incredibly dull job as a medical software developer. This book had been playing in my car when I pulled into the parking lot, and it was on a  particularly gruesome scene. I sat down at my desk, ready to start the day, but I must have bumped the play button on my phone or something because the speaker started blaring “and he cut off her head…” at full volume in an open room filled with mousey anti-social programmers. The shame I felt was seared into my mind even though nobody ever said a word. Just like that, for an instant, I was Patrick Bateman in a room filled with people oblivious to my outrageous behavior. Was it all in my head? Doing something shocking broke the peace so profoundly that nobody could even utter a word about it. People went on with their day like nothing had even happened despite the hideous intrusion.

I always wanted to write something like that. Something that captures the essence of a time, warts and all. Unlike Bret Easton Ellis, I can’t use blood and guts in my metaphor. Financial ruin, though, the fallout from addictive behaviors, that I can do.

Over a hundred years ago, Sinclair Lewis said of The Jungle: “I aimed for the public’s heart and by accident hit it in the stomach.” His goal was pitching socialism as the cure for capitalism. He ended up causing outrage at the working conditions in Chicago’s meat packing industry and eventually causing regulation.

With this work, I humbly want to pitch crypto and blockchain technology as capitalism’s next phase. Not something so radical as Sinclair Lewis but a similar democratization of finance.

I have to think carefully about whether I want to go for a broad appeal or fully realize my own vision. It took guts for Bret Easton Ellis to shop his book around. Should I shy away from divisive topics I know will split the prospective audience? Should I water down the social aspect to not alienate people? It’s part of the reality around the current insanity in investing. I’ve already decided to steer away from politics, but what does that even mean anymore in a world where everything is political?

It’s a struggle, but it felt a little cool to be Patrick Bateman for just one minute. Let’s see if people want to read about the new cohort of demons playing in the DeFi world of crypto and NFTs.

I’ll have to get some nice paper stock for my business cards… maybe in Bone. With Silian Grail type.