Jack Dorsey’s “Block” and the Tragedy of the Commons

Jack Dorsey’s “Block” and the Tragedy of the Commons 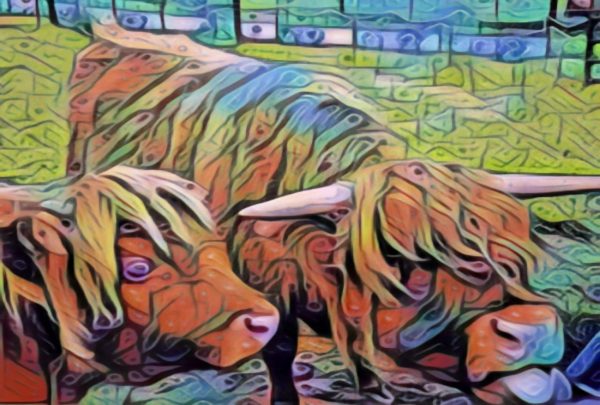 Jack Dorsey wants to bring crypto mining to the masses, but it could have catastrophic consequences for the environment. It’s probably not for the reasons the news has led you to believe. Crypto energy consumption isn’t a blockchain problem but an unfortunate consequence of the arms race between miners to outcompete each other. It’s the “The Tragedy of the Commons” that repeats itself whenever a resource is scarce. Jack Dorsey bringing his arsenal is just going to make things worse, and here’s why.

Based on an 1833 pamphlet by William Forster Lloyd in a piece about the over-grazing of cattle in village common areas, a phenomenon often happens when people try to share a limited resource. They pit short-term self-interest against the common good, but they end in tragedy for everyone.

If the commons can support the grazing of one cow per household, but a farmer realizes they can sell milk by grazing two cows, they often will. The issue is that all the farmers do this simultaneously, and suddenly you have twice as many cows as the land can support, and they all die.

This plays out over a more extended period in the real world. The crux is that an individual can reap the highest rewards by spreading any adverse consequences among the entire population. Prioritizing selfish desires in the short term results in a system that isn’t good for anyone. It might not fail overnight, but it will fail.

When Bitcoin was but a wee baby around 2010, Proof-of-Work miners used javascript code on websites or custom programs on desktop computers. They would exchange their CPU power for hashrate, which I’ll define as the number of guesses you can make per second to try to “win” the next bitcoin block released by the system. It’s often described as the “mining difficulty.”

At the time, the reward for a miner “guessing” the correct key for the next block was 25 bitcoins. This is designed to halve every 4 years, meaning in 2016, the reward was 12.5, and in 2020 it was 6.25. By 2140 all 21 million whole bitcoins will have been mined once the halved reward drops below the minimum threshold.

By combining their resources into a pool, people realized that they would have a higher success rate at winning each block of coins. The proceeds would be divided among the members based on the amount of hashrate they brought to the table. If you don’t see where I’m going with this, let me get it back around to cows and grass.

Imagine the pool is the grassy commons. If you had a larger, hungrier cow you could consume more of that grass and get a bigger share of the output. Initially, this meant expanding the number of computers you were using to mine. Maybe you installed the miner on all your school’s computer lab PCs or all the machines on your work network (remember, we are the greedy farmer.)

The difficulty of mining increases every two weeks by design. The more resources miners throw at the blockchain, the harder it makes subsequent blocks to mine. This is like making the grass grow back tougher each time it’s eaten by a cow. Eventually, mining that relied on CPUs wasn’t cutting it versus the difficulty increases. Mining moved to a much more powerful mathematics processor: the graphics card. It just had to be reprogrammed to mine coins, and our greedy farmers lept full force into GPU mining all at once.

Since everybody got into GPU at mostly the same time and the rewards were split evenly, early adopters lost their advantage quickly. As crypto value started to take off, investments in newer technology for mining became economically viable. GPU mining promptly gave way to application-specific integrated circuits or ASICs. The mining code is actually etched into silicon chips that do nothing else. These are like mutant killer cows eating entire fields at once, but since everybody had them, again, no real improvement for the farmers, just a hell of a higher electric bill. Since every time the cows eat the grass, it grows back tougher, the system balances out around mutant killer cows as the new default miner.

Now we’re in a situation where we have an ASIC miner attached to a bank of supplemental GPUs. These things sound like a jet engine. People who use them to mine in a neighborhood face constant noise complaints. Exhaust heat is a huge problem. It’s an enormous waste of energy, and if everybody had been cool about it by agreeing to use a standard miner with lower energy consumption, we wouldn’t have this problem.

Artificial scarcity is one of the fundamental principles of cryptocurrency. For instance, the farmer can’t just bring their cows to another town. The cost of energy is meant to put a natural inhibitor on the growth of the mining difficulty, but it’s had the perverse consequence of causing more and more fuel to be burned as the price of the currency increases. Increasing the difficulty of mining was meant to prevent this exact tragedy. Still, the founders seemed to have underestimated how much energy waste would be tolerated by society.

You may have read about places like Seneca, NY, where an old coal powerplant is being resurrected to burn natural gas and mine crypto while contaminating the lake with hot wastewater. This is more than a tragedy. It’s a travesty, and it’s all so one farmer can gobble more grass faster than their neighbors. Unless governments place checks on greed, this situation will only worsen.

Crypto didn’t create this problem. Look at lithium mining, oil, or countless other contentious natural resources. Those are heavily regulated, and they still are controversial. Something needs to be done here before all the cows die in a climate catastrophe and we starve to death.

Demonizing crypto for energy consumption isn’t the solution. The problem is greed, and it always has been. Creating a “max hashrate per user” law or a “don’t bring back environmental disasters like shuttered 1930s power plants” would go a long way. Technological solutions are also on the horizon. Ethereum 2.0 will launch soon with Proof-of-Stake instead of Proof-of-Work, which is much more energy-efficient.

These are just stop-gap measures, though. If we genuinely want a decentralized currency to be viable, it will take an unprecedented amount of cooperation. We need to stop talking about the symptoms and start looking at the age-old problem of farmers and cows on a global scale.

If “Block” is going to succeed and bring mining to the masses it could just ramp up the difficulty and cause Kazakhstan to burn more oil. Until I see a solution to the bitcoin difficulty increases directly correlating to increased burning of fossil fuels I can’t support the idea.