The Relative Size of Imaginary Things

The Relative Size of Imaginary Things 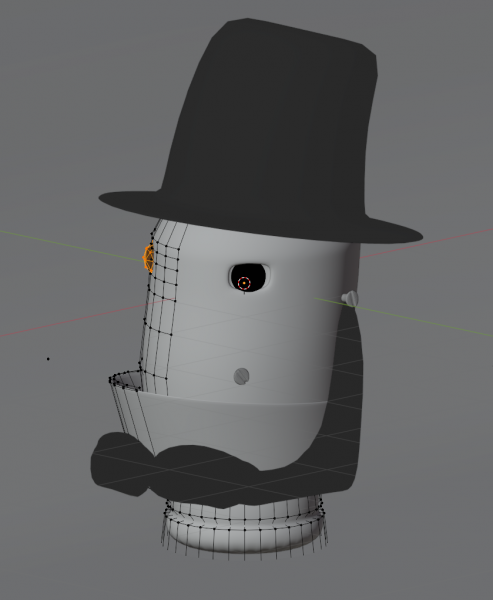 I’ve always been into vector drawing and had an interest in 3d modeling but none of the modeling tools really stuck for me. I’ve learned and forgotten Blender maybe three times in the last five years. I usually have an idea, try to make it then become dissatisfied with the result and give up. My last project in 2016 (!) was modeling a robot Abraham Lincoln profile and turning it into the embossed face of a coin (sort of like a joke bitcoin.) I accomplished this, it looked dumb, I moved on. It took multiple days and the results (right) speak for themselves.

When we got an Oculus Rift about two years ago, there was this cool VR 3d drawing program called Tilt Brush. I did the thing everybody does and drew a tree using whatever brushes I thought looked cool. I made the all the neon squiggles in the world and toxic snow fit to choke Santa Claus, spinning around in VR for a while like a mad artistic fiend. It felt like a game but the end results were just “meh.” I’ve seen people make incredible things in tilt brush so I held out hope that I might pick it back up and learn it for real. By the time I worked up the gumption though, Google had decided to discontinue it, consigning it to the Google Graveyard of beloved tools.

I am good with the Bezier pen tool and terrible with the pencil or paintbrush, so I generally like vector drawing tools that let me fix and tweak paths. Tilt brush seemed cool but it was very hard to correct a line after drawing it.

It is amazing. It lets you draw a line, then add and move around points after the fact. Mesh editing is pretty easy. It doesn’t make things with pretty materials like tilt brush but as far as rapidly getting ideas out in 3d it’s the tool I’ve always been looking for.

I made this single outrigger canoe (at correct scale!) while learning the application in a few hours last night. It’s so cool, you can get right down and sit in it in VR! 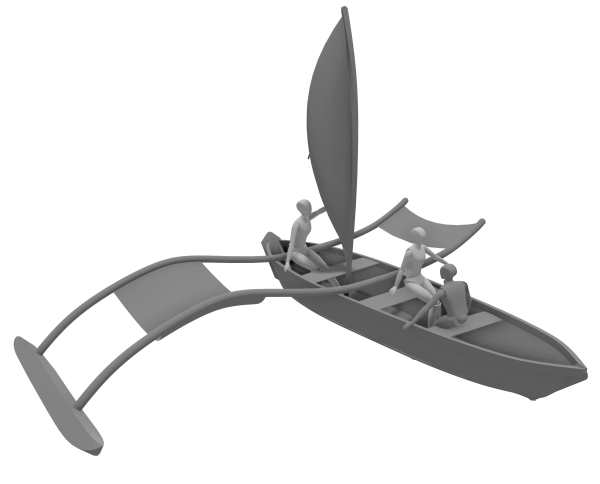 So how does this relate to writing?

One of the challenges in my story was seeing how things relate at scale. How big is a hectare? A mile? An enormous steamship? It’s hard to write a scene involving multiple boats of different sizes. When do you need a rope ladder? Could it dock in shallow water?

I tried my best to imagine this stuff, but if I can quickly doodle something up in 3d and stand there myself… that’s a game changer. I can’t wait to make more boats!

I am so glad I didn’t finish my edit pass before finding this. 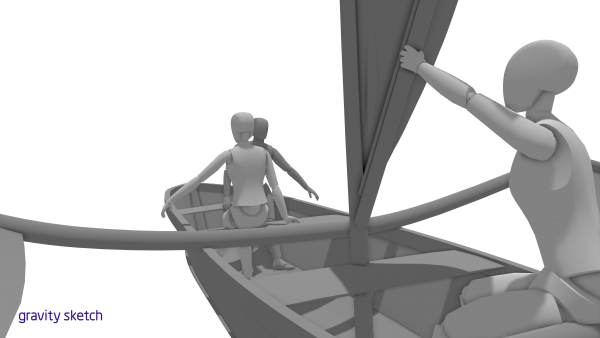 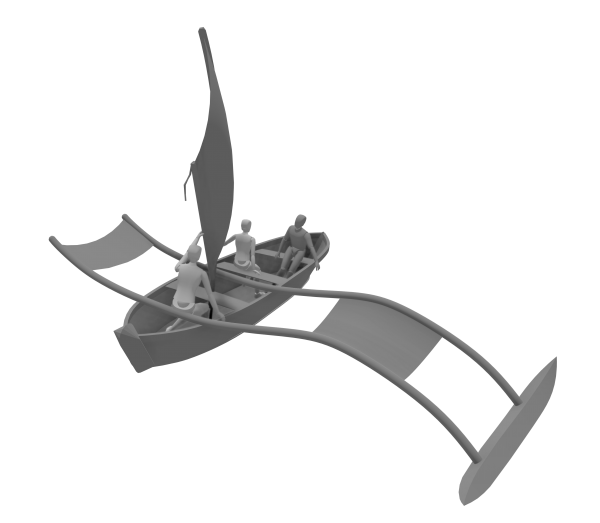